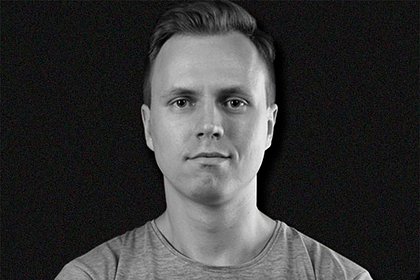 ACCORDING to reports coming out of Russia on Saturday, October 1, 25-year-old Russian journalist Aleksey Ilyashevich died during battles near Avdeevka, Ukraine.

Aleksey Ilyashevich, a Russian journalist from Kaliningrad-based RuBaltic.Ru, died in the battles near Avdeevka, according to the news outlet’s editor-in-chief Aleksandr Nosovych.

“It has become known that my friend, pupil and co-author, RuBaltic.Ru columnist Aleksey Ilyashevich died in the battles near Avdeevka,” Nosovich wrote on the RuBaltic.ru website.

A native of Yenakiyevo in the DNR, Ilyashevich graduated from high school in 2014, but after studying for a year at Kharkiv University, he returned to the Donetsk People’s Republic.

“Lesha realised that he was on the side of the DPR and Russia in this war, and chose to study and work under bombs at the journalism department of Donetsk University,” Nosovich said.

According to him, Ilyashevich then also volunteered for the DNR People’s Militia and went to the front line.

On Friday, September 30, Kazantseva was detained over the recent referendums on joining Ukraine’s territories joining the Russian Federation.

“Journalist Asya Kazantseva has been detained in Moscow. She is pregnant,” Baza reported at the time.

“At first the police explained to the girl that she was detained “as a conscript”, but then they clarified that the detention was related to “referendums”. ”

“Kazantseva is now being held at the Filyovsky Park police station.”