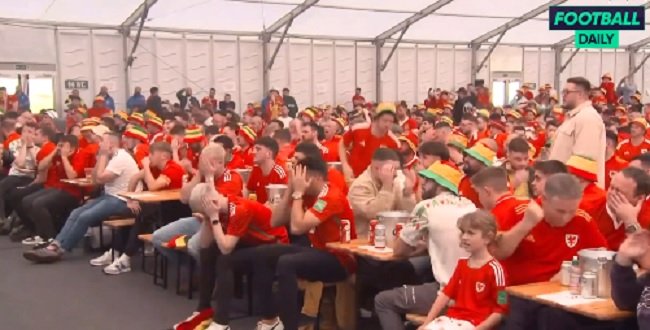 Iran has broken Welsh hearts sending the team home after a 2-0 win in their world cup match on Friday, November 25.

The first half the game saw two evenly matched sides with little advantage gained by either and no goals.

Iran started to take charge in the second half, but it took a moment of folly for the side to be given the advantage. With time almost up, Wales goalkeeper Hennessey took out the Iranian centre forward earning him an instant red card.

Former Welsh international Robert Earnshaw said on Sky Sports News: “It was a red card. I think looking at Wayne Hennessey, and he’s a friend of mine, I think he knows, and he was expecting a red card.

“To be honest with you, maybe it’s a tactical foul because he’s stopped a goal.

“This doesn’t help Wales at all because they’re looking for a win.”

But down to 10 men and with five minutes to go, Iran found the net with Chesmi striking from 20 yards out and although the keeper got a touch to it, he wasn’t able to keep it out.

Then not three minutes later and in the 12th minute of stoppage time Rezaeian found the back of the net after a defensive mix up, effectively ruining Wales’ chance of making it to the next round.

Rezaeian secures the win for Iran in the 12th min of added time.

With England next, Wales have little to play for other than their reputation. But for Iran their chances of going through to the next round just took a major step forward, with the side growing in stature and confidence.